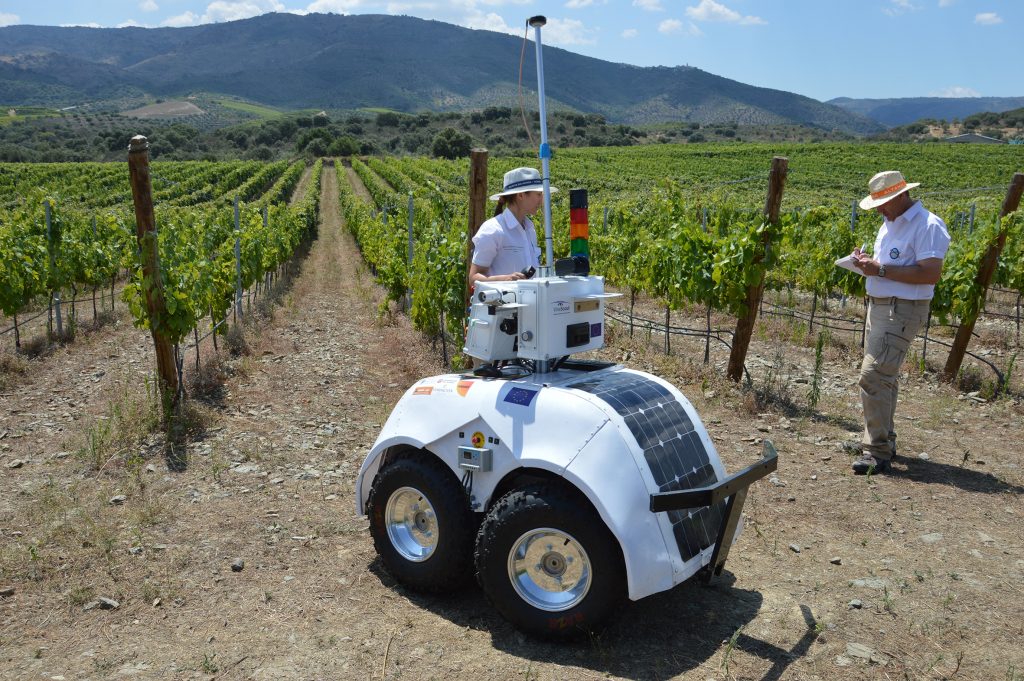 Vinescout is a self-propelled, electrically powered vineyard monitoring robot under development by a four-nation pan-European consortium of which Symington Family Estates is one of the partners (see previous blog post on the subject: September 11th, 2017). The three-year project (2016 – 2019) is working to develop an autonomous vineyard robot that can aid wine producers in measuring key vineyard parameters, including water availability (vine water status), vine leaf/canopy temperature and plant vigour. Current vineyard data gathering techniques have a number of limitations; they are expensive, require trained personnel, are very time-consuming and often only deliver an incomplete picture because the sampling rates are necessarily low, largely due to the afore-mentioned reasons. This precludes the viticulturist’s and winemaker’s access to comprehensive and reliable information during the growing and ripening cycles of the vine, on a regular basis and in real time. Consequently, most producers are denied the opportunity to use data that could help them fully optimise their vineyard management, and ultimately influence the quality of the wine they produce. As the end-user member of the VineScout project, Symington Family Estates hosts in its Douro Valley vineyards the intensive schedule of vineyard trials, first begun in the summer of 2017 – Year 1 of the project — and which are now continuing in the summer of 2018 at Quinta do Ataíde, where the second prototype of the VineScout is being put through its paces. With the valuable learnings taken from last year’s field testing, the various stakeholders worked intensively towards the production of a second prototype, which incorporates a series of advances relative to the first prototype. 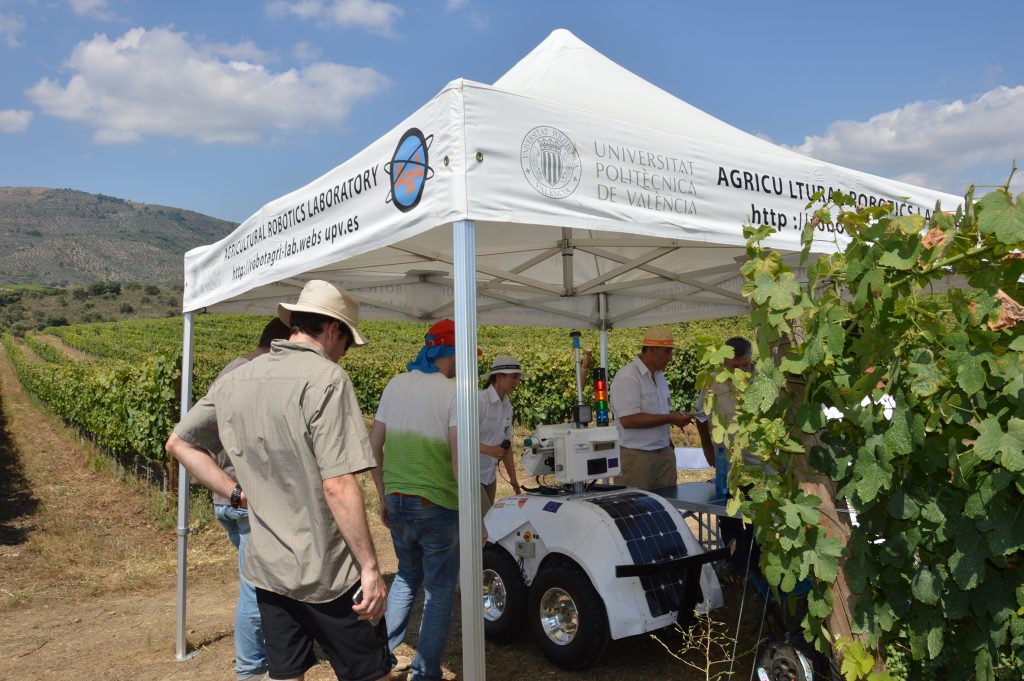 VineScout pit stop during the intensive field trials on July 18th, Quinta do Ataíde. The much streamlined and perfected second VineScout prototype has been performing exceptionally well. The mapping sensors have been fine-tuned and their enhanced capabilities have become apparent during the trials. The autonomous navigation system, for instance, has been much improved meaning the vehicle can move faster through a row of vines whilst maintaining the same data-collection capability. The practical knock-on effect, of course, is that the robot can map a given vineyard area faster and thus collect more data, over more extensive areas in a given period of time. A further field trial session is scheduled for the end of August. Following that, it will be up to the two Spanish Universities, the French robot systems manufacturer and the British software company to further perfect VineScout to produce a third and final prototype for final field trials during the summer of 2019. This version will be very close to a full series-production version, which can hopefully be made available to wine producers in the medium-term future. 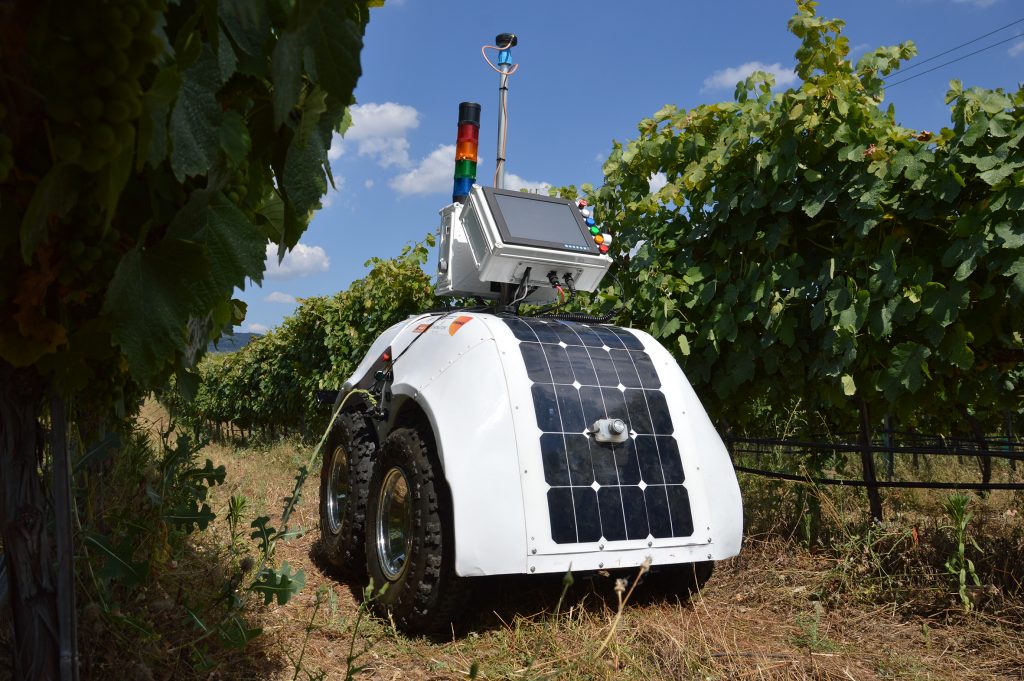 VineScout is fitted with solar panels to help charge the electric batteries on the go.
Published 2018-07-19© Symington Family Estates
Share this article