We have received a number of prestigious awards over recent years for our ports and wines, individual accolades and company awards. We are proud that our commitment to excellence in the vineyard and the winery has been recognised by independent bodies in the wine world which we see as a vindication of our policy of long-term and continuous investment in our Douro vineyards and wineries.

In 2014 our dedication to the wines of the Douro was further recognized when the Wine Spectator ranked Dow’s 2011 Vintage Port as Nº 1 Wine of the Year in its annual Top 100 Wines of the World. Chryseia Douro 2011, made jointly with the Prats family, was placed Nº3 in this prestigious list in the same year. This was an extraordinary achievement for our family, for the Douro and for Portugal. 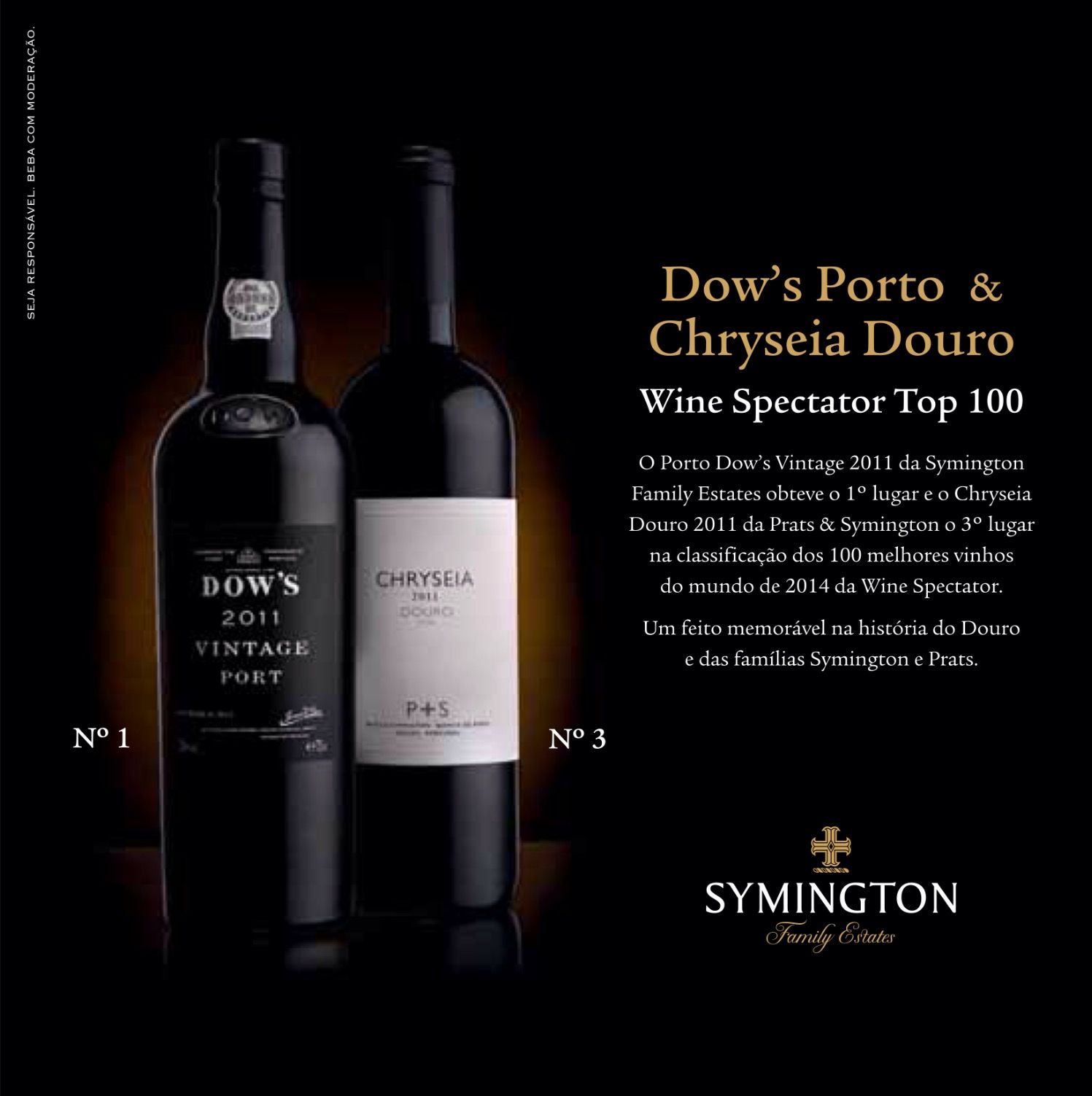 IWC Fortified Winemaker of the Year 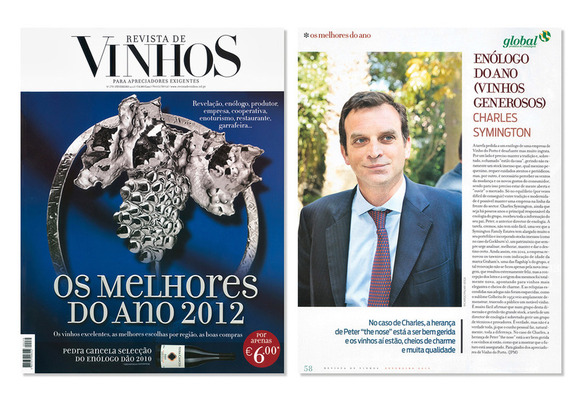 Portuguese Wine Producer of the Year

This prestigious prize was recognition by the International Wine & Spirit Competition of the excellent performance of the Symington Family’s range of Port and Douro DOC wines during the 2013 edition of this respected contest. The rigorous evaluation process is conducted by over 300 experienced judges, many of whom are Masters of Wine, as well as other expert tasters from 30 countries. 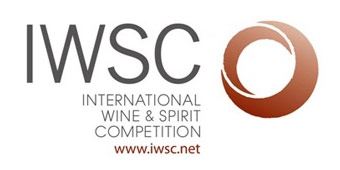 European Winery of the Year

In 2007 Symington Family Estates was awarded the European Winery of the Year award by Wine Enthusiast Magazine in their annual Wine Star Awards. Rupert Symington accepted the award on behalf of his cousins, highlighting the many years of dedication and hard work by previous generations of Symingtons.

Decanter Wine Man of the Year

Our family’s contribution to wine was recognised in 2012 when Decanter Magazine named Paul Symington ‘Man of The Year’, the first wine producer from Portugal to be given this prestigious award. Paul accepted the award on behalf of the family and the others of the 4th generation of Symingtons who work in the business. 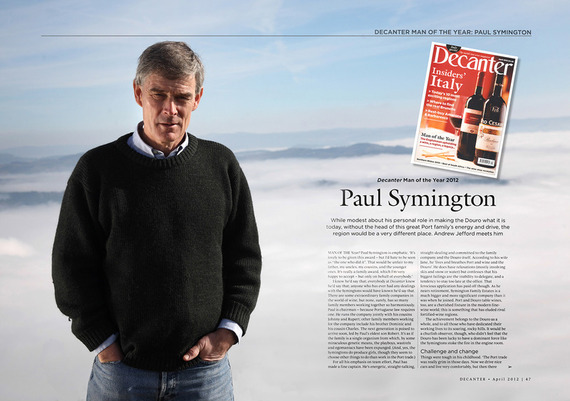 Revista de Vinhos awarded its 2012 Viticultural award to Symington Family Estates, calling us a national leader in sustainable viticulture, citing the fact that all our vineyards are farmed under a “minimum intervention” regime and 130 hectares are farmed organically.  In addition they praised our advances in vineyard management, training, mapping and analysing the productivity of our vineyards with GPS and infrared technology, as well as our viticultural research and work protecting and promoting native Portuguese grape varieties. 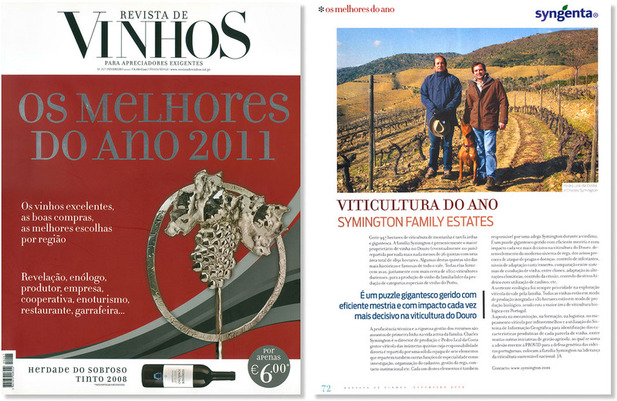 Drinks International nominated Graham’s as ‘The World’s Most Admired Port Brand’ in 2016 and 2017 (it came 14th in 2016 and 10th in 2017 in the list of most admired wine brands). The jury consists of 200 leading wine trade figures, masters of wine, sommeliers and journalists. 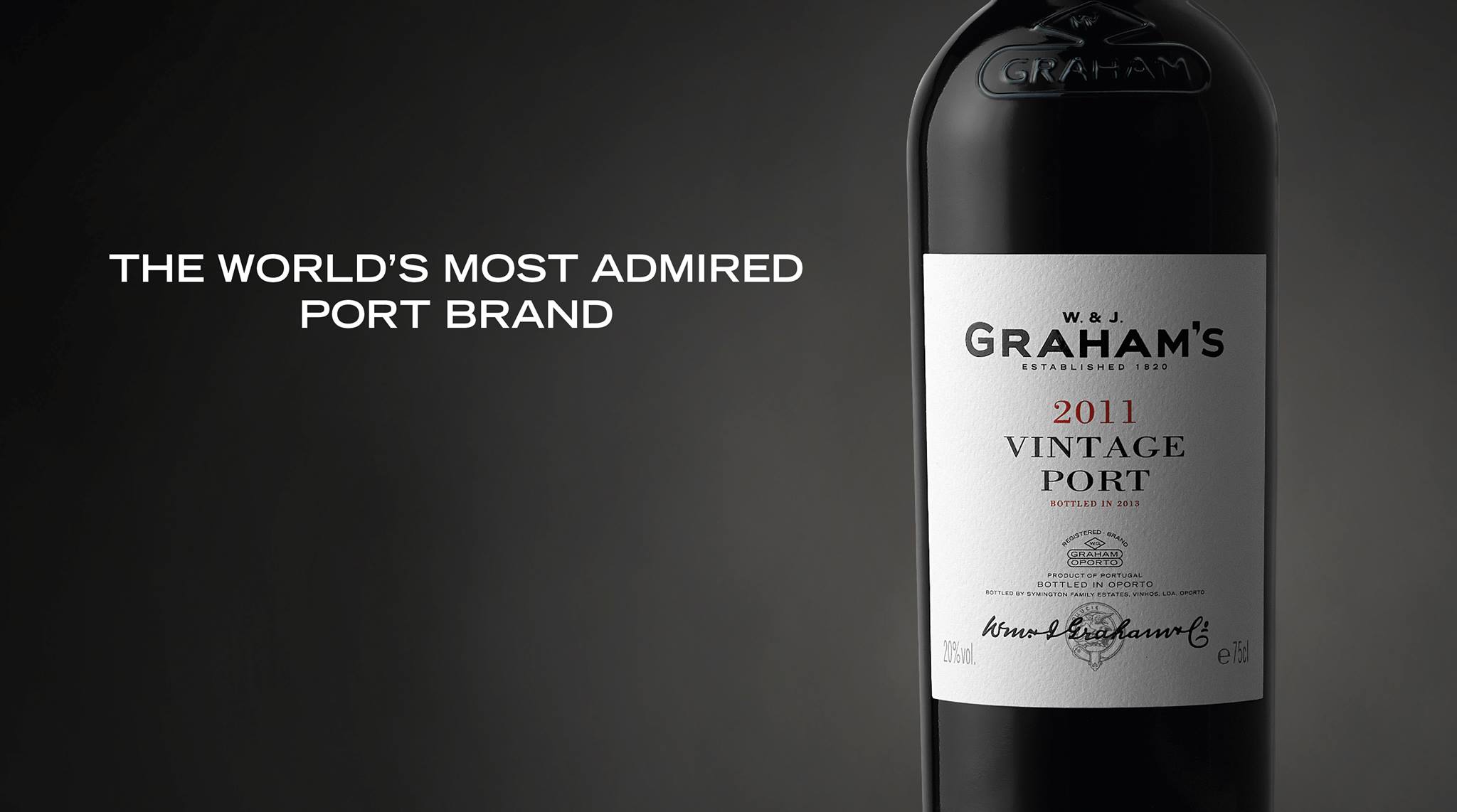 The Great Wine Capitals association, that groups together nine major wine cities from around the world, awarded the 2017 Global Winner Wine Tourism Services award to our new visitor centre at Quinta do Bomfim. 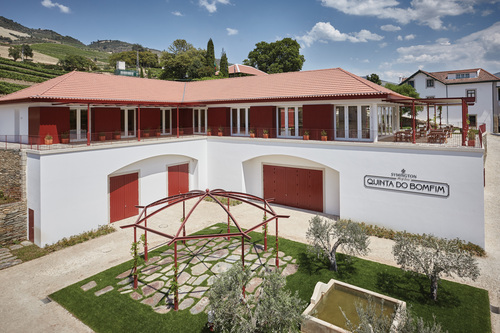 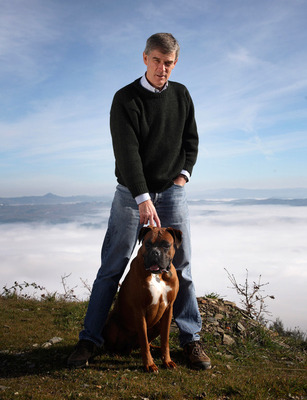 Her Majesty the Queen, in the New Year Honours List 2013, awarded Johnny Symington the MBE (Member of the Most Excellent Order of The British Empire) for his services to Anglo-Portuguese relations and to the British community in the north of Portugal. Johnny received the award from Prince Charles in a ceremony held at Buckingham palace on February 1st, 2013. 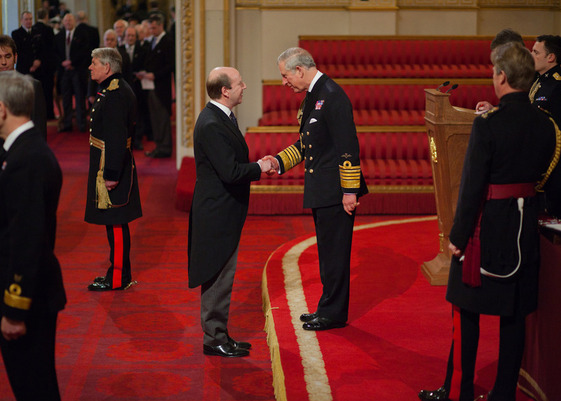 Ethical Company of the Year 2019

Symington Family Estates was named Ethical Company of the Year (2019) by The Drinks Business. The judges made the award to a company whose foundations are firmly rooted in, and dedicated to the community and environment where they are based. The panel acknowledged our leadership in being the first wine company in Portugal to become a certified B Corporation – committing ourselves to the highest standards of social and environmental performance.
Credit was also given to our wide-ranging sustainability strategy – Mission 2025 – and to sixteen individual social and environmental impact initiatives launched during 2019. We were also Commended for The Amorim Sustainability Award, which recognises the efforts of companies who are demonstrating leadership in employing the most efficient and effective sustainable practices throughout their operations. 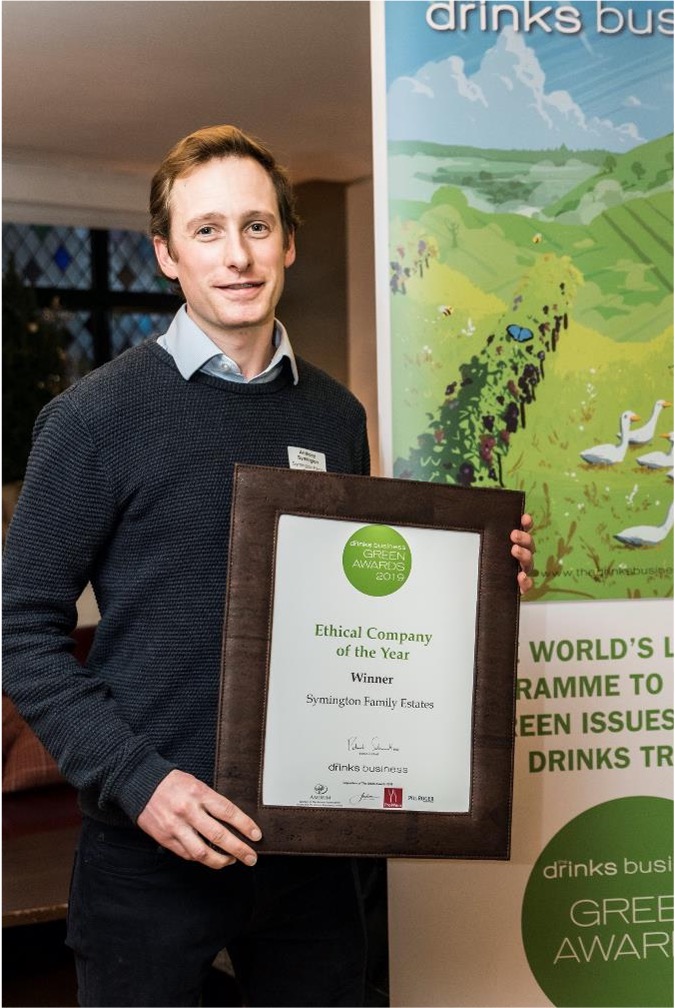