In 2006, our family bought Quinta do Ataíde due its potential for Douro DOC wine production. Today we make fine Douro red wines under the quinta’s name, from its organically farmed grapes.

This 18th century manor house surrounded by vineyards bears witness to the rich heritage of this property, set in the softly undulating terrain of the Vilariça Valley. In the early 1980s Ataíde was owned by Cockburn's and was the focal point of their investment in this remote area of the Douro. A nursery vineyard was established at Ataíde to continue the valuable research work first started by Cockburn’s legendary viticulturist and winemaker, John Henry Smithes in the 1930s. Ataíde will always be closely associated with the recovery of Touriga Nacional, a variety which came close to disappearing. It was from cuttings from the Ataíde nursery that much of the Douro’s Touriga Nacional was replanted.

Continuing the property’s tradition of pioneering viticulture, we planted a grape variety research library at Ataíde in 2014 with a collection of 53 mainly indigenous grape varieties. This research vineyard, the only one of its kind in northern Portugal, studies different grape varieties’ adaptability to specific conditions. The reality of climate change has made this grape variety library more relevant than ever.

In 2016, we bought the contiguous property of Quinta do Carrascal and incorporated it into Ataíde, which more than doubled its total land area, adding 31 hectares of vineyards to the existing 81 hectares. 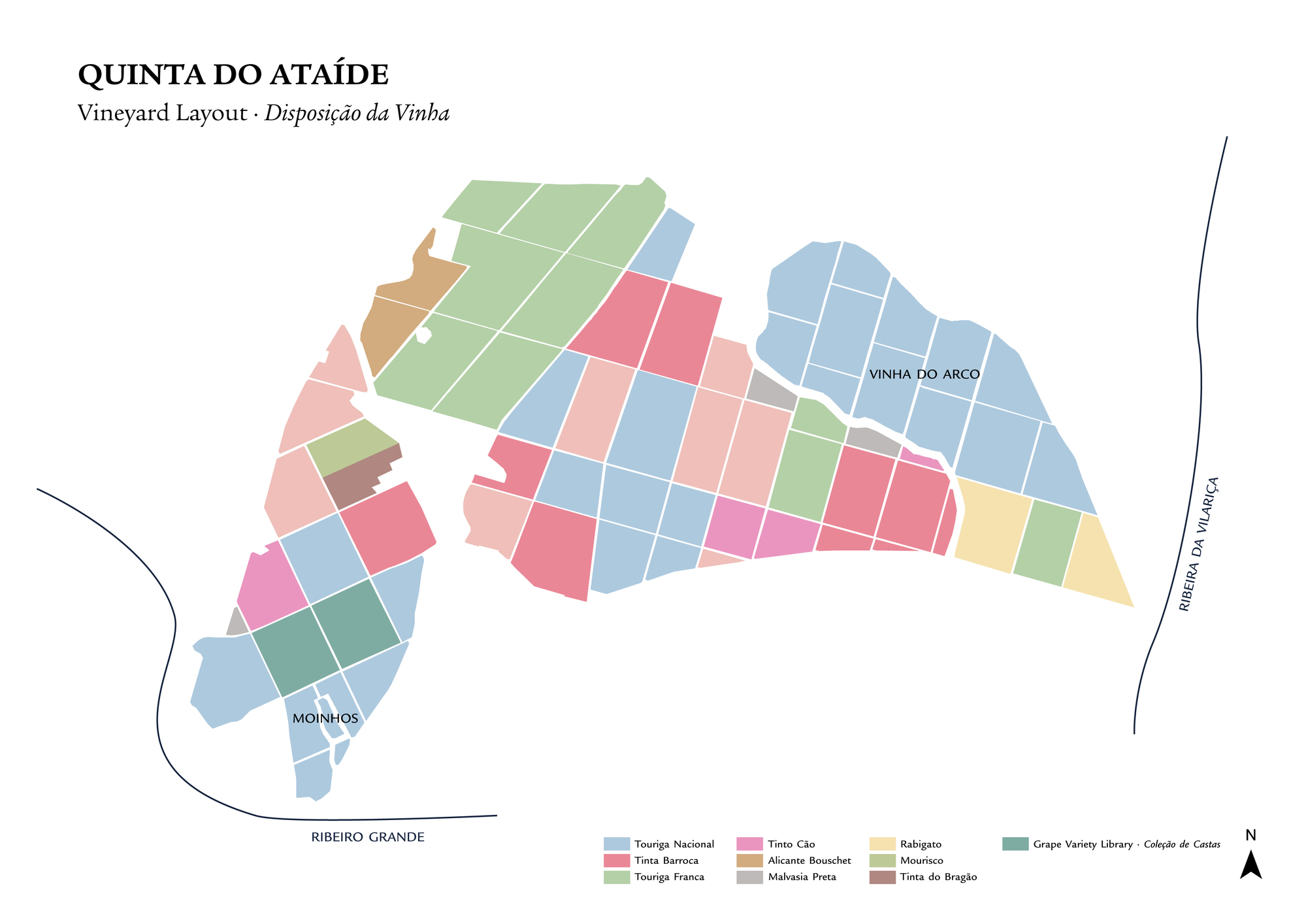