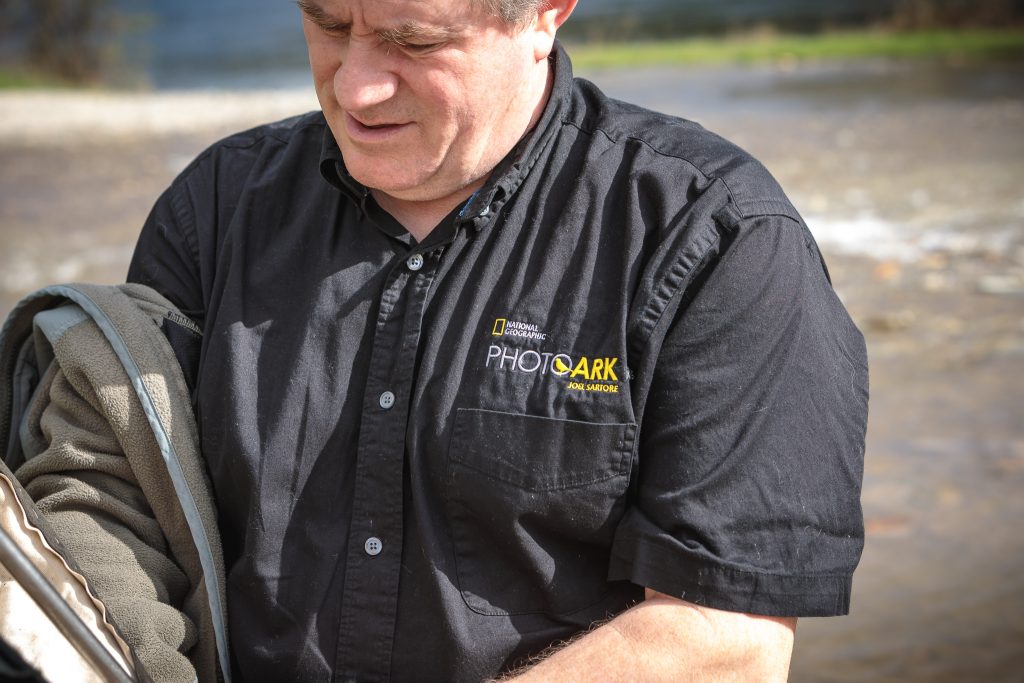 Photographer, Joel Sartore. All photos: Adriano Ferreira Borges Each year on the 22nd of May, the United Nations marks the International Day for Biological Diversity (IDB) to increase understanding and awareness of biodiversity issues. This was the day that in 1992 the UN General Assembly adopted the Agreed Text of the Convention on Biological Diversity. Over the last few decades, the Symington family has been one of the most active proponents of nature conservation in the Douro Valley, having implemented across its vineyards sustainable viticulture management, either through organic viticulture or Integrated Crop Management. The family take great encouragement from the fact that over the years — in great part as a result of their ambitious programme — there has been a noticeable increase in the diversity of flora and fauna in their properties. One of the most visible examples of this reality is the great variety of birdlife to be seen in many of the family’s Quintas in the Douro. 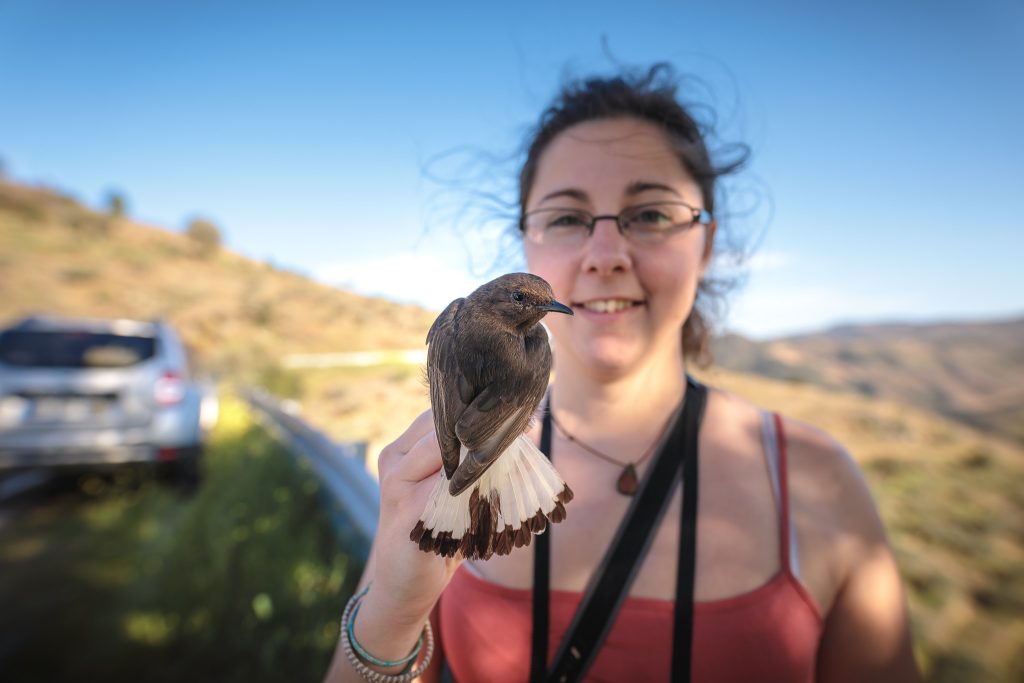 The Black Wheatear, ‘The Port Wine Bird’ which has found a safe haven at Quinta dos Malvedos Recently, the family, through its cooperation with the University of Porto’s Research Centre for Biodiversity and Genetic Resources (CIBIO), hosted Joel Sartore, the award-winning National Geographic wildlife photographer. His ‘Photo Ark’ project has taken him to over 40 countries since 2005 in a quest to catalogue photographically 12,000 animal species under threat or close to extinction. As the title of his book suggests, the Photo Ark is: “One Man’s Quest to Document the World’s Animals.” The CIBIO cooperates closely with Joel and during his recent passage through Portugal they approached the family with a request to provide logistical support for Joel’s work schedule in Portugal. As a result, for two days in April 2018, Joel Sartore and the Porto University researchers and biologists were based at Quinta dos Malvedos in the heart of the Upper Douro to photograph endangered species. The choice of this vineyard, specifically, was not by chance. The University researchers have identified Quinta dos Malvedos and the family’s neighbouring Quinta do Tua as one of the last havens in Portugal (if not the last) of the Black Wheatear, the so called “Port Wine Bird”, known locally as the chasco-preto (Oenanthe leucura). Following a great deal of effort searching for this shy, elusive bird, the university researchers managed to temporarily capture a specimen which Joel duly captured with his camera. They found the bird in the Quinta’s ancient stone terraced vineyards, which according to the Malvedos farm manager is the bird’s preferred habitat on the property. 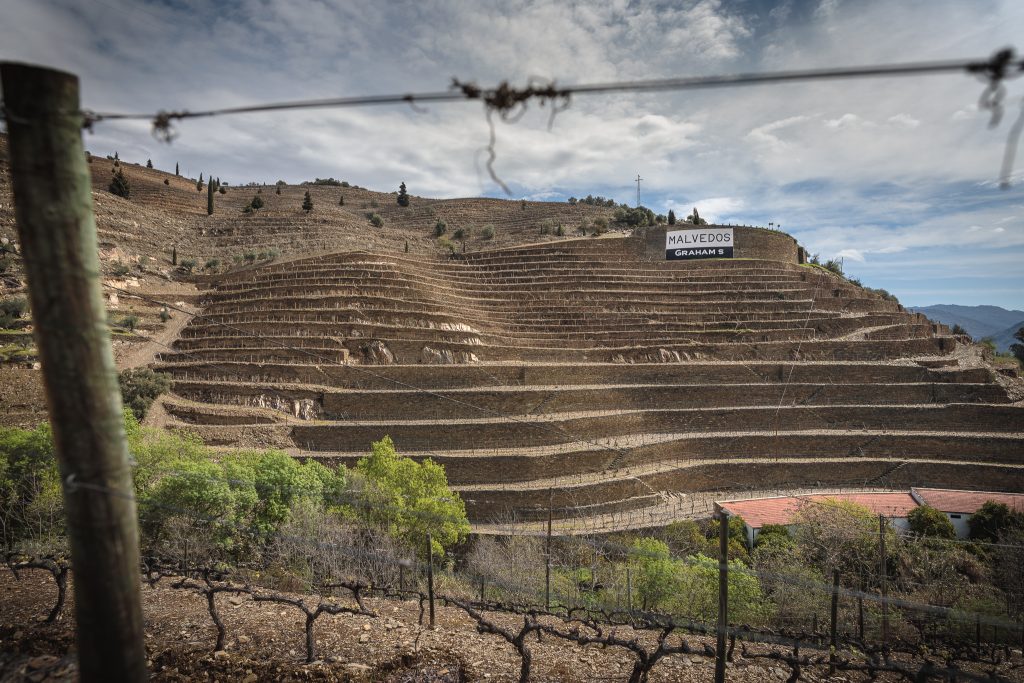 The Malvedos stone terraced vineyards, the preferred habitat of the ‘Port Wine Bird’ on the property Another very rare species, a Desman (small semiaquatic nocturnal mammal) was captured in a local stream and also photographed by Joel. He was very excited about this particular extremely rare animal as it marked the 8,000th species ‘captured’ by the Photo Ark. Joel thinks it may well be a future National Geographic Magazine cover and/or feature. Click here to view Joel’s interview, given to Portuguese television at Malvedos.
Published 2018-05-22© Symington Family Estates
Share this article