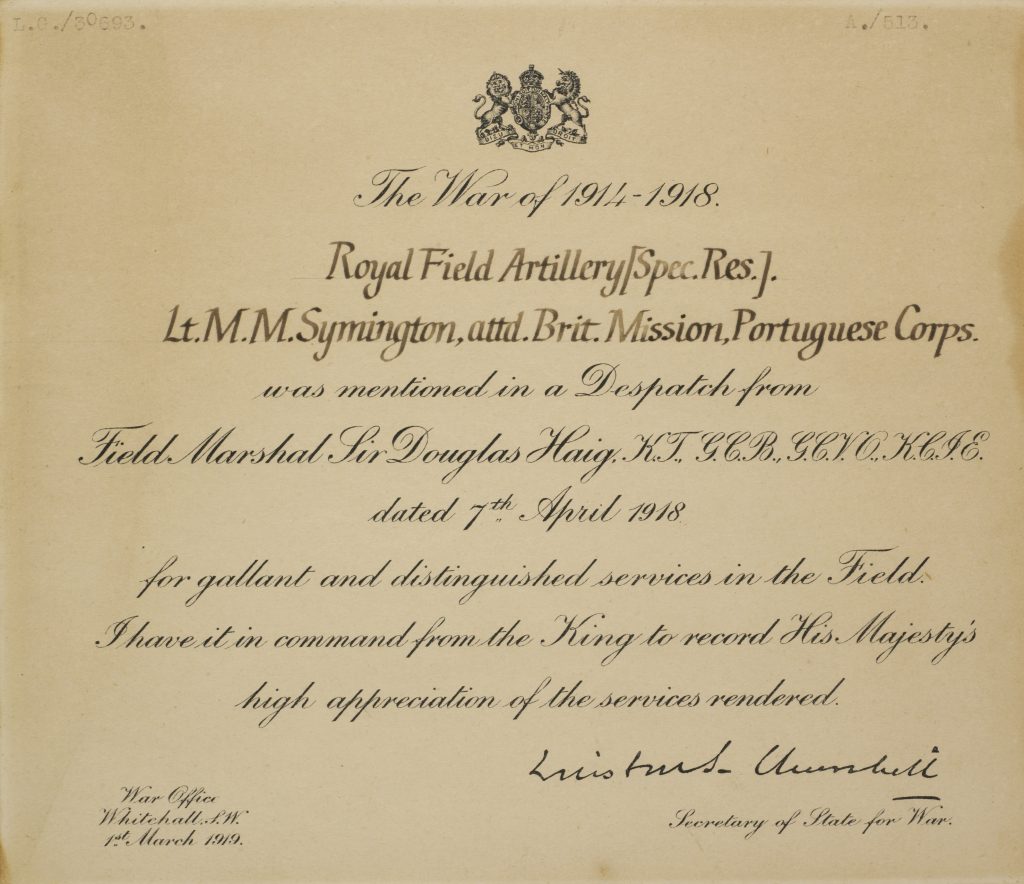 2nd Lieutenant Maurice Symington's "mentioned in despatches" commendation, signed by Winston Churchill. Earlier this week, the President and the Prime Minister of Portugal joined the French President in Paris and then in Richebourg, in French Flanders, to mark the centenary of the Battle of the Lys where the Portuguese Expeditionary Force was attacked by German forces — five times their number. The presidents of both nations laid wreaths during a ceremony at the Portuguese National Cemetery, Richebourg, in memory of the thousands of Portuguese soldiers who lost their lives. In 1918, Maurice Symington was a 2nd Lieutenant in the Royal Field Artillery, British Army, which he had joined on leaving school in August 1914. Being fluent in Portuguese, he was part of the British Mission to the 55,000 strong ‘Corpo Expedicionário Português’, the Portuguese Expeditionary Force that had joined the Allies in France in 1917. On 9th of April 1918, 2nd Lieutenant Symington was with the Portuguese Artillery in France just behind the trenches between Armentieres and Festubert when the German Army launched one of the most powerful attacks of the war. Eight German Divisions amounting to some 100,000 men attacked 20,000 Portuguese. After heroic resistance, the Portuguese were overrun and the neighbouring 119th Brigade of the British 40th Division was also forced back. Total casualties on the Allied side during the battle of La Lys (7th-29th April 2018) were truly horrendous at circa 120,000 men. This is an extract from the diary of 23-year-old 2nd Lieutenant Maurice Symington for Tuesday 9th April 1918, while fighting with the Corpo Expedicionário Português in France:

‘Woke at 4 am by salvo round house. Tremendous bombardment everywhere. SOS from everywhere. All lines cut. Shells falling about 10 a minute. This continued till 9, when the Boche attacked and after that till 2.15pm when the barrage finally lifted. Machine guns active all around us and behind in two points. Decided to retire at 2.45pm. Only just escaped in time. Went to Lestrem, but found nobody there. Finally got to Calonne sur-la-Lys. My clothes consisted of pyjamas, gum boots, breeches and my British Warm [Greatcoat warn by British Army Officers]. Also pistol & box of cigarettes. ‘If’, my dog, stuck to me and got through. Don’t know how we weren’t all killed. Worst thing I have ever been through in my life.’

Maurice Symington was lucky to be one of the survivors, and eventually returned to Portugal after the war ended in November 1918, together with his faithful dog ‘If’. He was subsequently awarded the Portuguese Ordem Militar de Avis and was Mentioned in Despatches by the British Army for ‘Gallant and distinguished service in the field’ in a certificate signed by Winston Churchill, then Secretary of War in the British Government. Maurice joined his father as a Port producer in Portugal in late 1918, where his descendants today continue the long family tradition. He eventually died in April 1974, in the same room that he had been born in at N˚1283 Avenida de Boavista, Porto, Portugal. His father, Andrew James Symington, was a Port producer who had come to Portugal from Scotland aged 18 in 1882. His mother was Beatriz Leitão de Carvalhosa Atkinson from an Anglo-Portuguese family who had been Port producers since the 17th century. 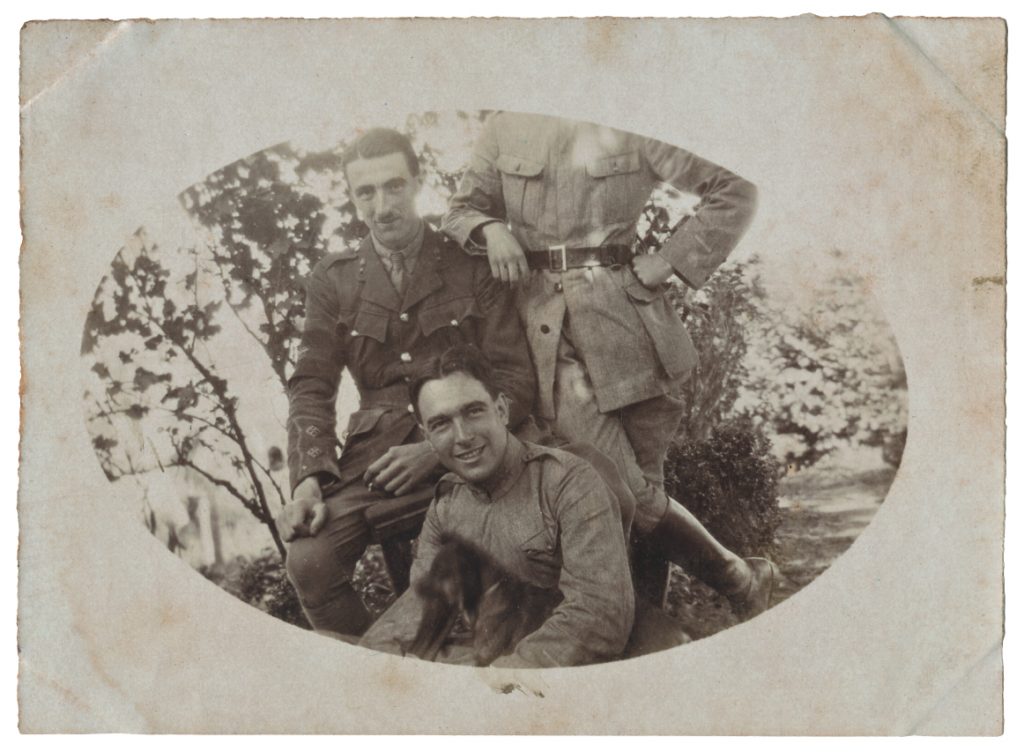