This bulletin covers the vines’ winter dormancy, although it extends into the beginning of spring to register the late start to the vegetative cycle, signalled by a tardy budbreak on March 24th. The most evident feature of the season in the Douro was the prolonged winter drought. There was practically no rainfall during January and February (a mere 5mm) and the pronounced drought only began to abate during March as rainfall picked up, but even then — considering all our vineyards in the Douro — we only recorded approximately half of the regional average for the month. 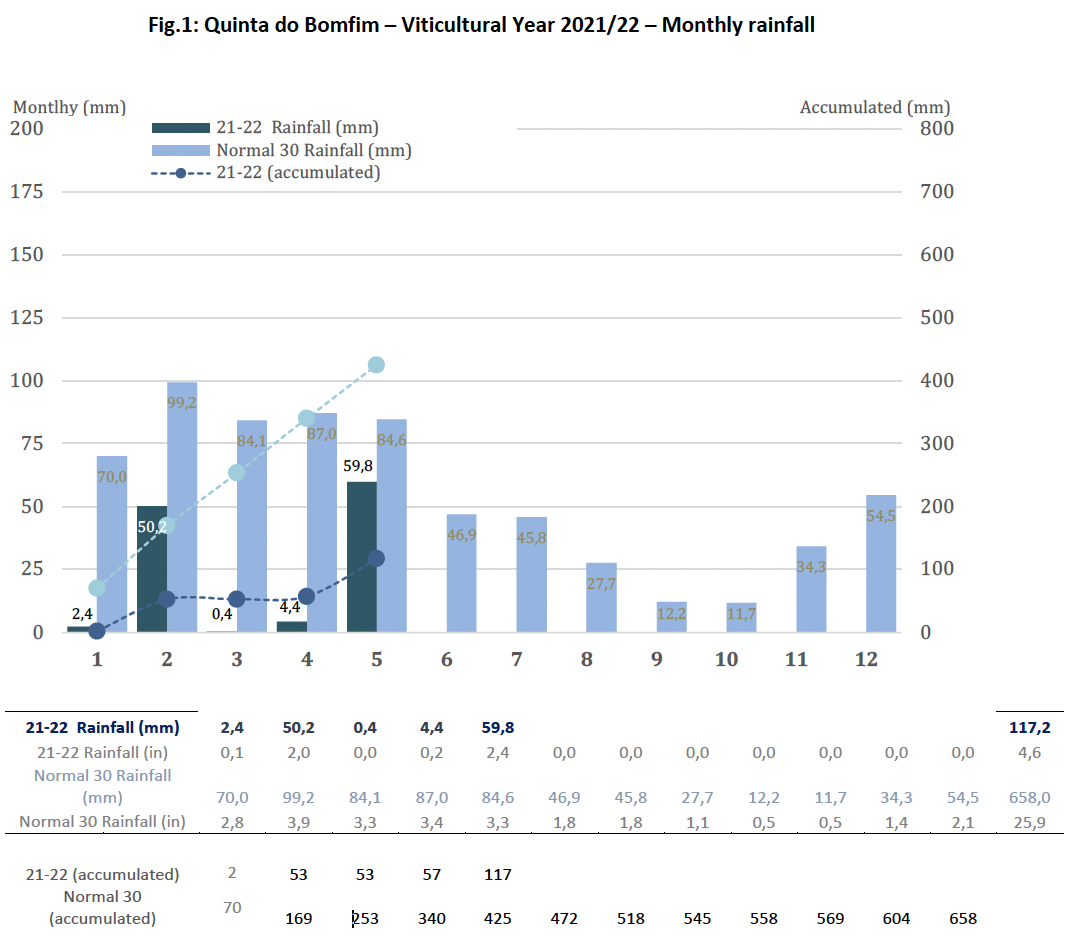 November in the Douro was very cold and very dry with some of the lowest rainfall we’ve seen for this month in recent years — the shortfall ranged from -87% to -97% across our eight quinta weather stations. Soil water availability was unbelievably low at just 14.21%, a level we typically measure during the height of summer. For Portugal as a whole, the Portuguese Met Office reported the 3rd driest month of November of the last 90 years.

December saw a marked upswing in temperatures; Malvedos recorded the highest departure from the 30-year average with +3.7°C, followed by Cavadinha with +2.7°C. All the other weather stations also recorded higher monthly temperatures, around the +2°C mark. Fortunately, rainfall was more generous during the month, but even so, short of the 30-year averages in all our quintas (ranging from 50% of what we would expect at Bomfim to 80% at Vale Coelho). This rain fractionally increased soil water availability to 19.3%, which was still a long way short of what is considered normal for the period.

Like November 2021, January 2022 was very cold and exceptionally dry: we recorded less than half a millimetre of rain at Quinta do Bomfim! February was practically just as dry although temperatures rebounded, with all our quintas — Ataíde excepted — recording higher than average temperatures for the month. Unsurprisingly, soil water availability once again decreased, this time to 17.4%, which in these soils represents a level of moisture at the very limit of what the vine can readily access. The national met office informed that February 2022 recorded the highest levels of drought ever for the month: 66% of Portugal was classified as being under ‘extreme drought’ (including most of the Douro and the area around Portalegre. 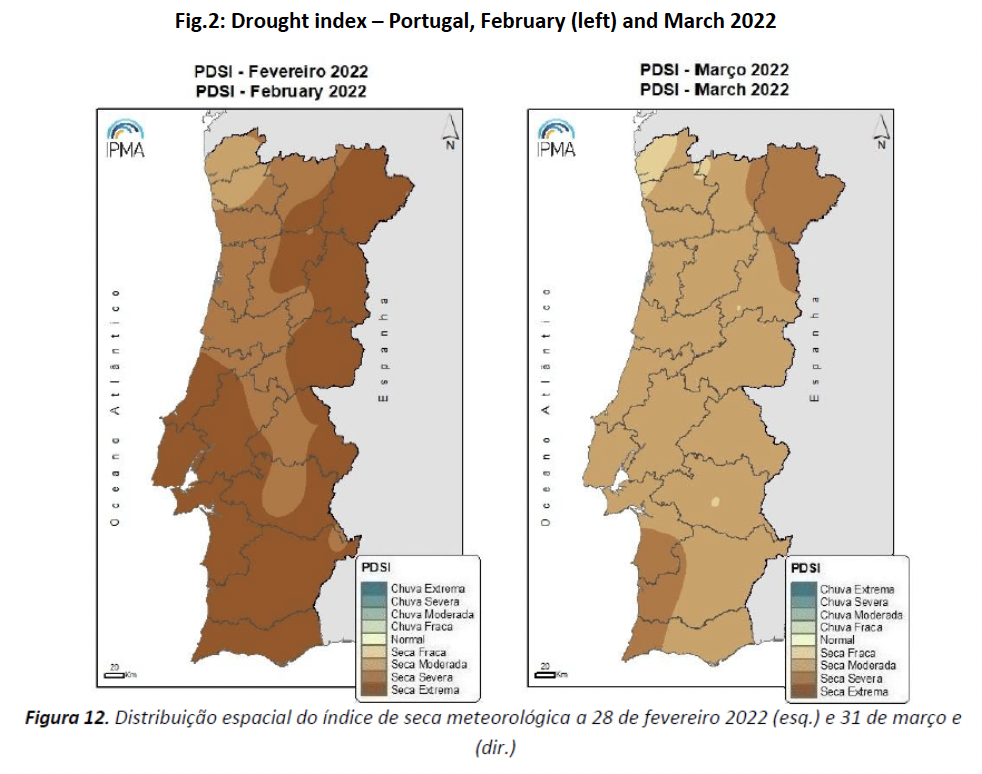 Fortunately, March came to the rescue with a return to near normal seasonal temperatures, and more significantly, reasonable levels of rainfall, which went a long way to mitigating the drought conditions. However, precipitation in the Douro was not as abundant as in the rest of the country, but we were grateful for every drop we could get and it meant that the Douro region’s drought index improved substantially, from ‘extreme drought’ to ‘moderate drought’. The rainfall deficit across our properties ranged from -55% at Canais to -10% at Vale Coelho. Although soil water levels recovered a little, they were still 27% below what we recorded a year earlier.

Whereas in 2021 the vines emerged from their winter slumber three weeks earlier than average (on March 4th), this year it was the complete opposite, with budbreak recorded three weeks later, on March 24th (and with a 10-day delay, relative to the average). This is explained by the combination of the lower temperatures in January and the lack of rain through most of the season.

Broadly speaking, the seasonal weather pattern at Quinta da Fonte Souto largely mirrored the situation in the Douro, the major exception being the noticeably more abundant March rainfall, which at 97.9mm was 55% above the monthly average. The shortfall in rain for the other months reported in this bulletin was similar to the Douro’s, although the drought conditions in Portalegre were not quite as concerning (especially during December and January). For the period covered (November 2021 to March 2022), the accumulated rainfall at Fonte Souto was -53.1% (below the 30-year average), which compares quite favourably with the situation in the Douro: -72.4% (Quinta do Bomfim weather station).