Set in a remote, idyllically peaceful spot, Vale Coelho (‘rabbit valley’) was one of the first vineyards acquired by Cockburn’s during the late 19thcentury when they began to invest in vineyards in the Douro Superior, the most eastern and least developed of the Douro’s subregions. When our family acquired the Cockburn’s vineyards in 2006, we maintained the association between Cockburn’s and Vale Coelho and the quinta’s wines continue to provide an important component of Cockburn’s Vintage Ports.

Vale Coelho retains a high proportion of old mixed varieties, although nearly half of the plantings are Touriga Franca, a variety which is well-suited to the predominantly southwest-facing aspect of the property. 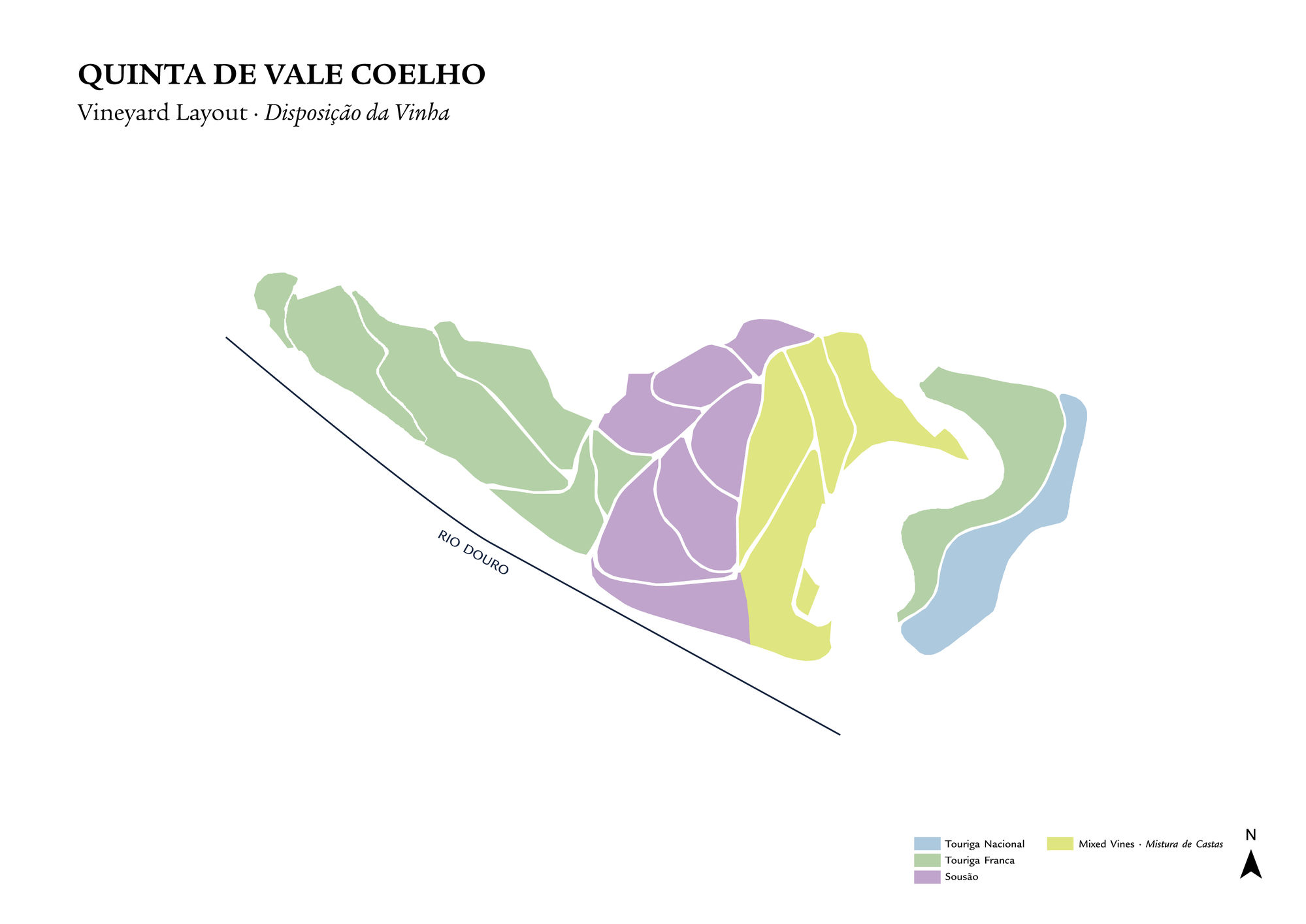