SYNOPSIS - This bulletin covers the vines’ winter dormancy from November 2019, through to budbreak in March 2020 — marking the start of the new growing season — and culminating with flowering at the end of April.

The winter and beginning of spring were wetter than the previous viticultural year with November, December and April recording especially abundant rainfall. February was the exception to the rule with virtually no rain to speak of. Cumulatively, for the period covered here, rainfall was very close to the 30-year average for the Douro.

Temperatures were higher than average throughout the period with the exception of April, which was fractionally cooler than the monthly mean. February was particularly warm, most of our weather stations recording rises of at least 2°C compared to the 30-year average.

These climatic conditions influenced the precocity of this season’s growth cycle and increased the incidence of fungal diseases, particularly downy mildew, which obliged the viticulture team to be constantly on guard to take pre-emptive action. This was the team’s main focus of attention during this first half of the year.

Budbreak: the vines emerged from their winter slumber three weeks earlier than average, with budbreak recorded at our Quinta do Bomfim control vineyard on March 3rd. This early budbreak was confirmed by the ongoing research work at the Ataíde and Bomfim grape variety libraries.

Downy mildew: due to the abundant rainfall in March and April and the very mild winter, there were recurrent outbreaks of downy mildew, which required constant vigilance and intervention during the pre-flowering stage of the growing cycle. In the last 30 years, the Regional Agricultural Station (Estação de Avisos Agrícolas do Douro) had never issued, during the month of March, vine disease alerts indicating a very high likelihood of downy mildew. The Symington viticulture team combined data from the company’s extensive network of weather stations with the study of historical data, as well as regular observations of the lifecycle of the fungus causing the disease, to successfully control the outbreaks with timely interventions.

Flowering:  In line with the early start to the growing season, flowering also advanced earlier arriving two weeks ahead of the average for the region. At our Quinta do Bomfim control vineyard, flowering was recorded on May 5th, although it had been observed during the last day of April in some of our other vineyards.

Soil water levels: water levels in the soil have benefitted, not just through overall volumes of rainwater for useful replenishment, but particularly through the rainfall’s well-spaced regularity and its even distribution with no episodes of potentially harmful concentrated downpours.

ALENTEJO: The picture at Quinta da Fonte Souto has been similar to the Douro and if anything, even wetter with 793 mm of rain compared to 586 mm at Cavadinha (November to April). Unseasonably high February temperatures prompted very precocious budbreak, three weeks earlier than normal for the Portalegre subregion. However, subsequent rain, cooler conditions and less sunlight all contributed to a slowing of the vines’ development and the growth cycle is now almost in line with an average year. We’re likely to have bigger variations though, between the cycles of different grape varieties than we’ve had in previous years.

Although a very challenging year thus far, with several interventions required to combat downy mildew, the vines are in very good condition and showing no sign of ailments.

We have replanted some gaps in the Touriga Nacional in one of the parcels that were re-grafted in 2017 (from Aragonez to Touriga Nacional) and these new plants are looking very healthy. Currently, the main focus of attention is shoot thinning (spring pruning) owing to the generous rainfall, and we predict this will be particularly challenging and ongoing, but essential to guarantee the plants’ balance and the health of the developing bunches.

The cherry crop was much diminished this year as a direct consequence of the weather conditions. We have been pruning the olive trees and soon we’ll be harvesting our first cork since arriving in Portalegre. 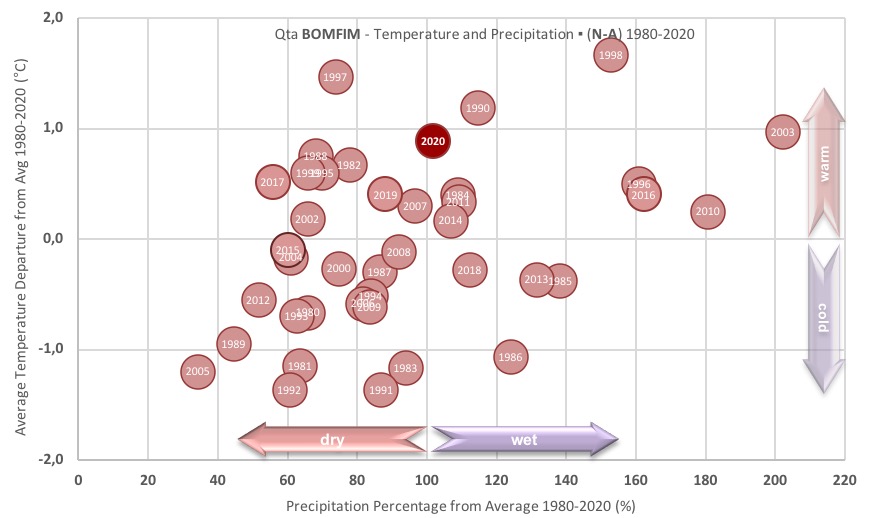 Comparative figures for the months of November 2019 to April 2020 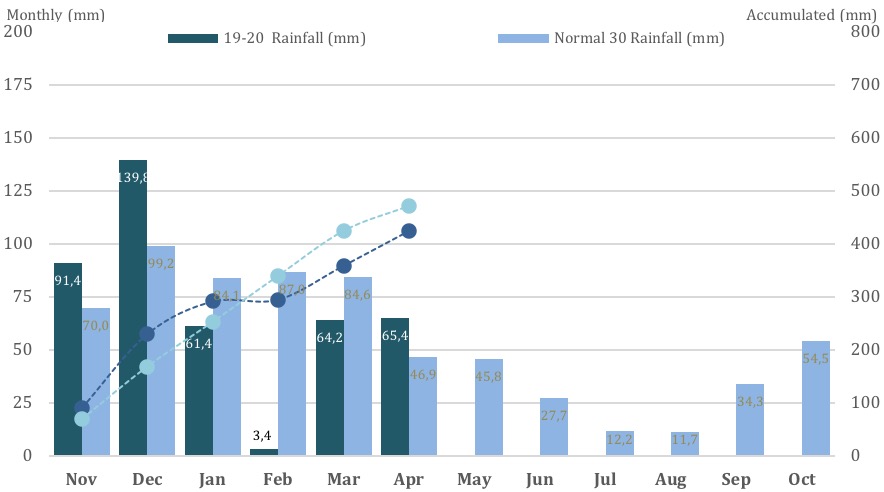 Fig. 2: Monthly and accumulated rainfall compared to the mean 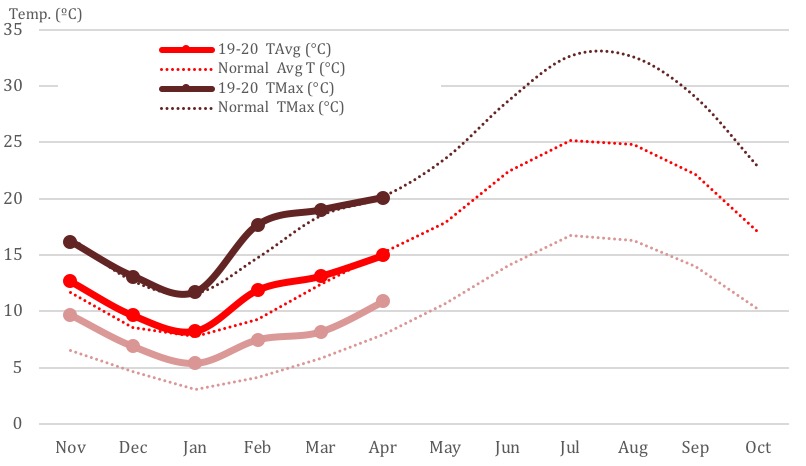 Cockburn’s announces Tails of the Unexpected