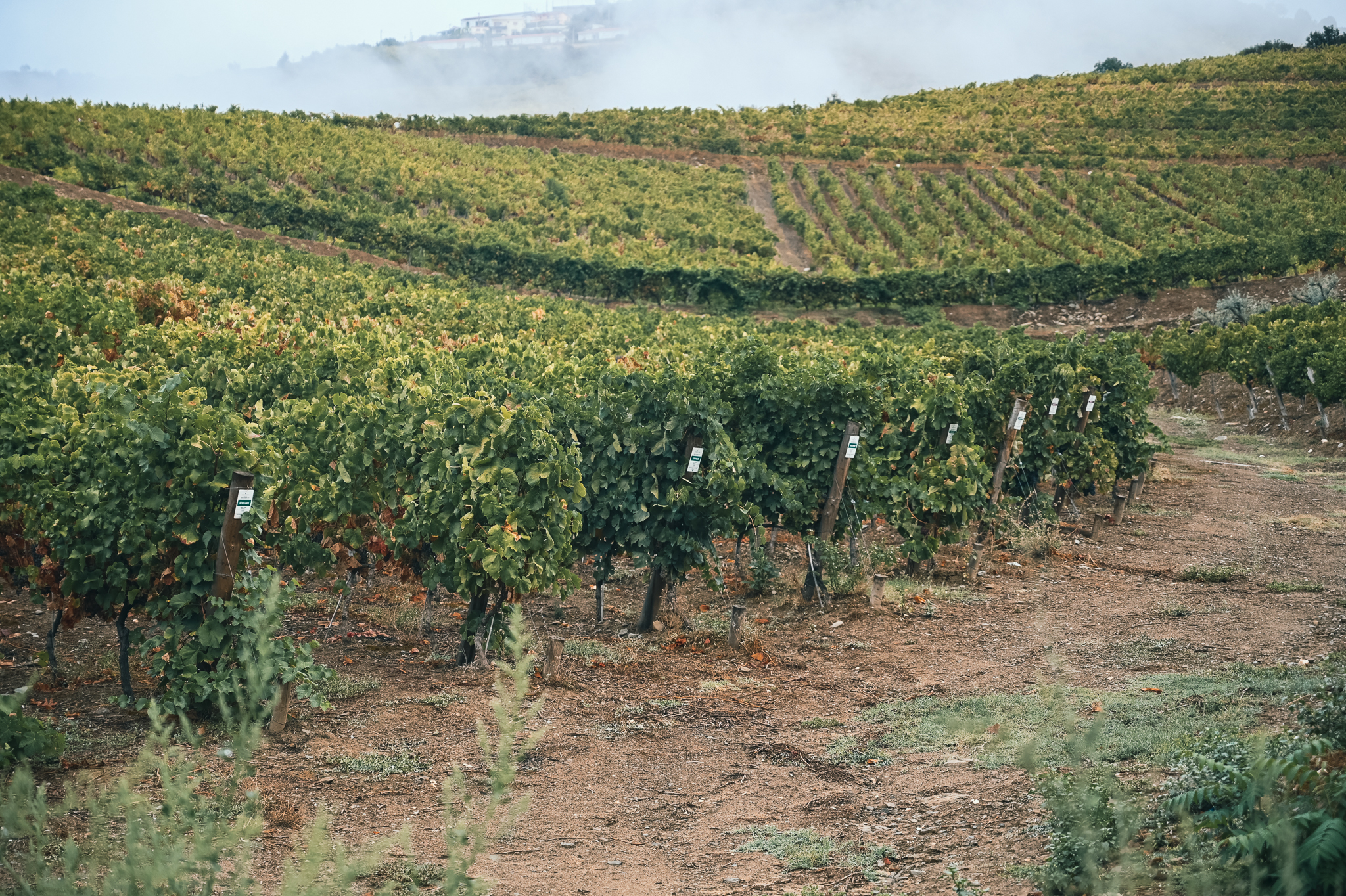 2021 was a clear reminder that while the Douro is undoubtedly being shaped by the impacts of climate change, the weather continues to be unpredictable. Experience and knowledge of our vineyards help us to plan our harvest by picking the fruit at the optimum moment – but unexpected changes in the weather forecast continue to drive us to make daily adjustments.

Following a succession of very hot and dry years in the Douro, the 2021 growth cycle and harvest was one of the coolest in recent years. While large areas of Europe experienced extreme heat (with July being the hottest ever recorded in Europe), the Douro experienced an unusually cool summer with none of the heat waves that have become common in the region. Moderate conditions in 2021 encouraged slower, gradual maturations with balanced ripening, while the harvest itself was defined by three key periods of rain impacting our picking schedule. The remarkably cool nights contributed to excellent acidity and very good colour in the wines.

With the perspective of the last few years, the 2021 harvest appears to be a cool interlude in the climate journey that we are on in the Douro. It is a reminder that our region has the capacity to surprise and allows us to produce wines and ports with very diverse profiles each year.

The weather forecast in the lead up to and during the harvest was less reliable than usual and was constantly changing at short notice. This meant we had to be even more flexible in our decision-making. While the forecast was for warm and dry weather at the beginning of the harvest, we experienced heavy rainfall on the 1st and 2nd September – with as much as 40mm in the Vilariça Valley. This was largely beneficial, and we slowed the pace of picking from the outset of the harvest to allow the vines to make best use of the rain. Fortunately, clear skies returned, and we had good conditions for ripening and progressing through the initial picking schedules.

We started harvesting the Sousão on the 30th of August, which produced some stunning wines. This was followed shortly afterwards by the Alicante Bouschet, whose plantings have now become quite mature. We are very pleased with the performance of these two varieties, which we have led the reintroduction of in the Douro over the last two decades.

On the 13th and 14th of September, unsettled conditions returned with further rain, ranging from 20mm in our Cima Corgo quintas to just over 30mm in the Douro Superior. After pausing picking
for a few days, we started harvesting the Touriga Nacional on the 18th. We were particularly pleased with this decision as the grapes came into the winery at an ideal 13° and 14° baumé. While the Touriga Nacional wines are not as aromatically exuberant as in previous years, the wines have great colour and are more restrained and serious, which will have a positive impact on the ultimate balance and elegance of the wines.

While the growing season was cooler than usual, the growth cycle was advanced with budbreak being three weeks earlier than average. As predicted, we started picking the Touriga Franca (usually a late ripening variety) at the same time as the Touriga Nacional at some of our estates, including Graham’s Quinta dos Malvedos. This proved to be one of the key decisions as it meant we harvested our finest parcels of Touriga Franca before the month’s third bout of rain. Some of the Francas that were left to be picked during the tail end of the vintage were certainly impacted by the wet conditions. 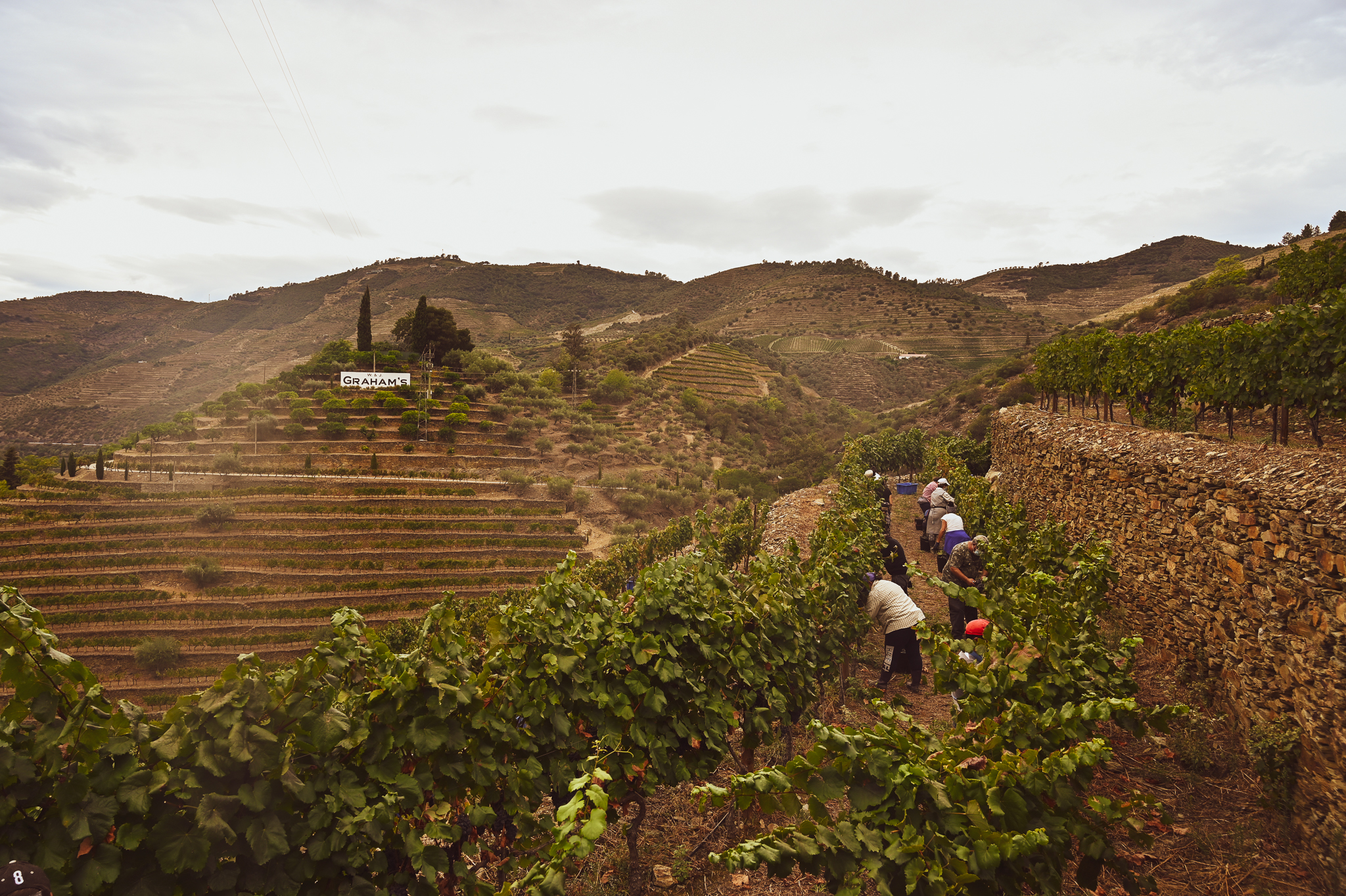 The cooler temperatures and three periods of rain led to a slower pace throughout the harvest. In the Cima Corgo, we had almost double the monthly rainfall average (at Dow’s Bomfim and Graham’s Malvedos) and almost three times more than average in the Douro Superior (at Cockburn’s Canais and Quinta do Vesúvio). As a result, the 2021 harvest was drawn out over six weeks, contrastingly sharply with that of 2020, which lasted less than a month.

While the weather conditions were not always ideal, fortunately the spells of rain were limited to short periods of 24-36 hours. The agility of our viticultural and winemaking teams meant we still managed to harvest our best performing parcels at the optimum moments. Although our yields (Kg/vine) across our quintas were 10% below the 11-year average, our total production was 24% above 2020. 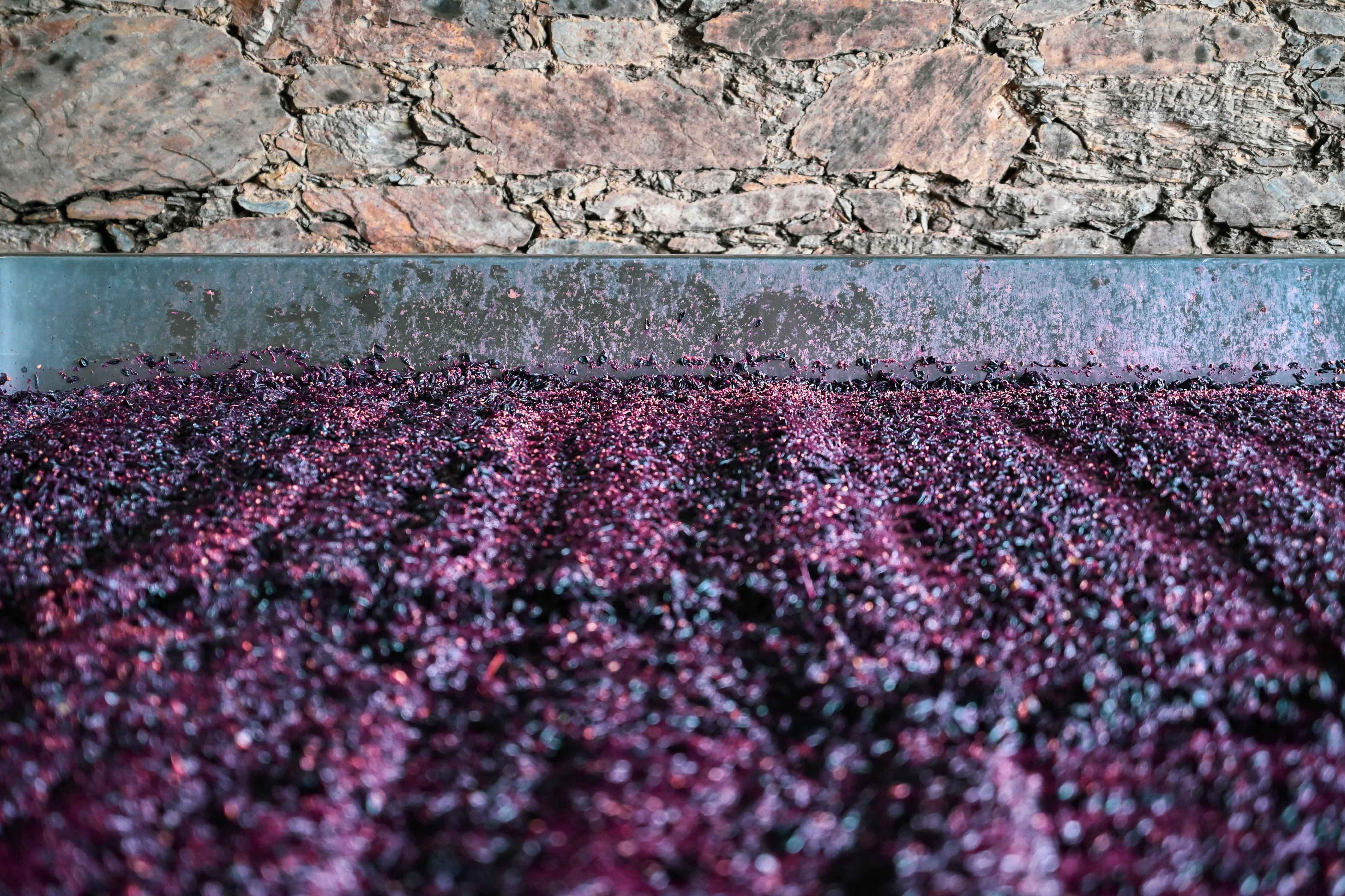 The harvest at our Quinta da Fonte Souto in the Portalegre sub-region of the Alto Alentejo was even longer than in the Douro. We started picking on 17th August and ending on 8th October. The first to be picked was the Verdelho, followed by Aragonez – the first cut of the latter was used to make our Fonte Souto Rosé wine, which we first produced in the 2020 harvest. The Arinto was harvested from the end of August in several batches to produce white wines with differing profiles.

During the first half of September, we picked a second batch of Aragonez (for our red wines) and started picking Alfrocheiro. After a pause in the picking due to lower temperatures and rain, we harvested the remaining reds (Alicante Bouschet, Syrah, Touriga Nacional and Trincadeira). The 2021 Fonte Souto wines are defined by their elegance, with the acidity and aromatic exuberance that comes from a cool year.